Visteon (NASDAQ:VC – Get Rating) last released its results on Thursday, July 28. The company reported EPS of $1.34 for the quarter, beating analyst consensus estimates of $0.66 by $0.68. Visteon had a net margin of 1.65% and a return on equity of 13.40%. The company posted revenue of $848.00 million for the quarter, versus a consensus estimate of $716.67 million. During the same period of the previous year, the company achieved EPS of ($0.32). The company’s revenue for the quarter increased 39.0% year over year. On average, analysts expect Visteon to post earnings per share of 4.74 for the current fiscal year. 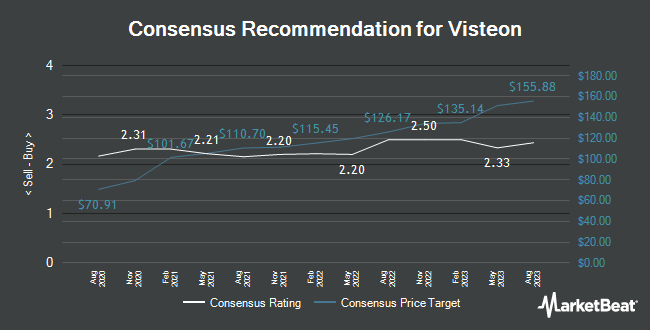 Get news and reviews for Visteon Daily – Enter your email address below to receive a concise daily summary of breaking news and analyst ratings for Visteon and related companies with MarketBeat.com’s free daily email newsletter.